This This is called the sequel; looks like an ordinary car but uses liquid hydrogen as its primary power source. Since it has no motor, you can no longer call this a Motor Car and obviously, since it has no engine like an electric car, it is very quiet. 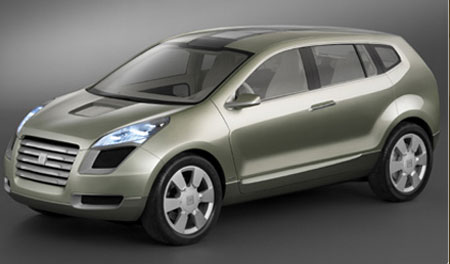 So, how does it work?

Apparently, instead of filling petrol you need to fill this car with Liquid Hydrogen, the hydrogen tanks and placed under the flood board. You can see an illustrated diagram below… 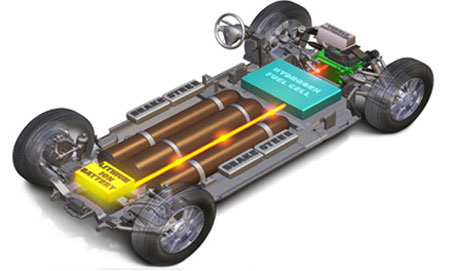 Once you start the car, there will be a chemical reaction going on beneath your feet. (I know it is scary!) So, the fuel cell is turning hydrogen into electricity, and that is what making the wheel turn…

Let’s talk about the pros and con…

Environment Friendly: Because it’s using hydrogen, there is no nocuous exhaust fume like Co2 etc, just invisible droplets of steam. Yes, it sounds good 🙂 but is it practical?

Less noice pollution: Which means, you can get a good night sleep if your house is situated next to a busy road.

Cost: This car cost $1 Billion USD to make. Since it’s a prototype, let’s cut the cost into half and commercial price would be $500, 000 USD. GM says it has more potential than any other car because it can hold enough hydrogen to go 300 miles…

Okay, let’s see… Do we have enough Hydrogen to fill cars? The simple answer is NO!

So, what’s under the bonnet? The answer is, Air Conditioning System and a Bunch of electronics… So, in another word, if you have an accident driving this car, you are more likely to die!

One other thing, since it has Hydrogen Cylinders at the bottom of the car, Looks like no one ever thought about what happens if theses an explosion…

This car is not practical and in my opinion an electric car has more potential than this piece of junk. Do you see all these long containers running on Hydrogen? Short answer is No, Long answer… Yes, but it will only cost $10 Billion USD.

In my opinion, people would rather walk then have a car worth $1 Billion USD, not to mention there is a chemical explosion waiting to happen underneath your floorboard.

GM Says It could be available commercially within 5 years… gee can’t wait!

What’s next? Hydrogen powered Aircraft? Don’t even get me started on that! 😀